Matilda Fowler Smith taken about 1852. Possibly just before or after moving to California .

Family history writing prompt 3 – think of  an ancestor as character in a novel and describe their life in a few paragraphs. For this prompt, I have chosen Matilda Fowler, my third great grandmother from my Father’s maternal line. Her real life story reads like a great historical the one without a happy ending.

Matilda walked him to the door, “Thank you for coming. I don’t know if I will ever be able to pay you.”

The doctor stepped onto the porch. “Don’t worry about it. I just wish there was more I could do. It shouldn’t be long now.”

She nodded and watched until he reached his horse and buggy. She closed the door and walked across the room to where a chest stood. Bending down she slipped her hands into the bottom drawer and rummaged under the linens until she found what she wanted – a frame and an old knotted handkerchief.

With slumped shoulders she walked over to the rocker next to her sleeping husband. She sighed as she lowered herself onto the seat and began to undo the knot. The pulled back edges of fabric revealed three tiny gold nuggets, the frame an image taken just after they married. They’d been so young, so full of hope for their future, now this was all that remained.

“Oh, Isaac, she whispered.  “What happened to our dreams.”

Tears leaked from her eyes, instead of rich they were penniless, and soon Isaac would join the five babies she’d already buried.

She closed her eyes, “What’s to become of us?” she murmured. How will the  boys and I go on without you?”

Born a twin, Matilda and her brother William, were the 8th and 9th children of Phoebe Hockett and John Fowler. At age four her family moved from Ohio to Henry County, Iowa. In 1845, at the age of ten, her father died. The family moved to Tama County, Iowa in 1850.

Matilda matured fast, at the tender age of 15 she and Isaac Smith eloped. The following spring the pair set off to “see the elephant” having caught gold fever. They had big dreams of becoming rich in California.

The trip couldn’t have been easy. Cholera and other diseases loomed across the trail and although they caused no problems the Native Americans always watching, frightened Matilda.

By October the couple had only made it as far as the area of Salt Lake City. There Matilda gave birth to their first child, a boy they named William. Two days later they buried him and had to move on. How hard it it must have been for them to face this loss alone without the help of extended family they’d left back home. The hardest part of the journey still lay ahead. Exhausted the couple finally arrived in the gold fields in December of 1852.

In the next few years Matilda gave birth to 5 more children. Twins who died shortly after birth and two others who died of childhood diseases. Only the oldest my great great grandfather, William R. Smith, survived.

By 1860 she was pregnant again and longed to be back in the safety of her mother’s arms. So she set off alone, to sail home, while her husband and son traveled back by wagon train. That summer she gave birth to a healthy baby boy in her mother’s home. They named him James Wesley Addison Smith.

The couple moved to Benton County, Iowa, where Isaac rented a farm, and they struggled to make ends meet. Isaac’s health was already suffering when he joined the Civil War effort, enlisting in 28th Iowa Regiment, in December of 1863. Most likely he joined to get a bounty to help support his family. That summer he lay ill in a Washington D.C. hospital. Discharged in 1864, due to disability, he died at home in April of 1865.

Matilda was left with their two young sons to raise alone. Penniless she was able to collect a small pension but it wasn’t much.

In 1866 she married Amos Werner and they had 3 more children. I wish I could say her marriage to Amos had a happy ending but he turned out to be a drunk and she divorced him.

In 1881 Matilda married for the third time to James Small. One can hope this union was happier. In 1895 James passed away and Matilda moved in with her son, Samuel Werner.

Her family said her hard life had made her thrifty and honest with a strong sense of right and wrong. She spent her last years enjoying her corncob pipe, quilting and piecing braided hairpieces for extra money. She was 82 at the time of her death in 1917 and is buried in the Reading cemetery, Farmhamville, Calhoun County, Iowa. 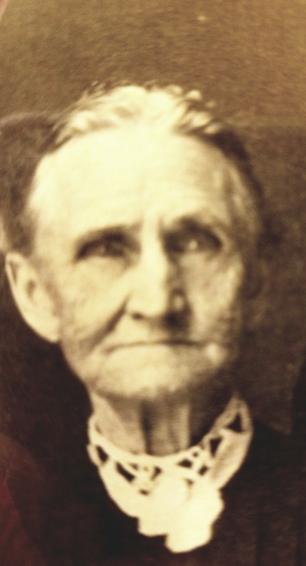